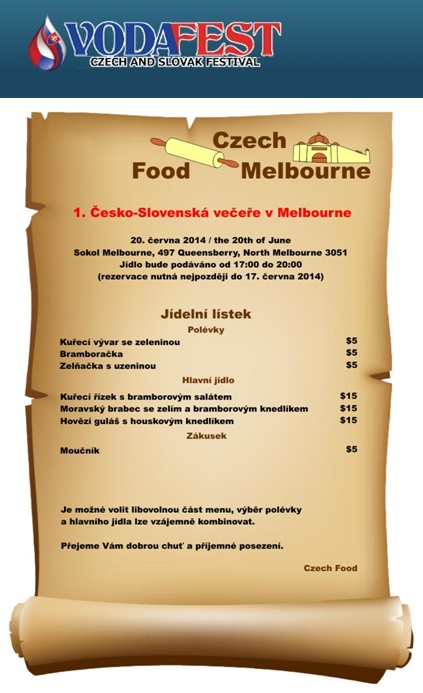 Our friends from Sokol are organising Czech-Slovak dinners at Sokol where you will be able to try traditional Czech and
Slovak cuisine for a very reasonable price.

Menus are in the attachment. Check it out!