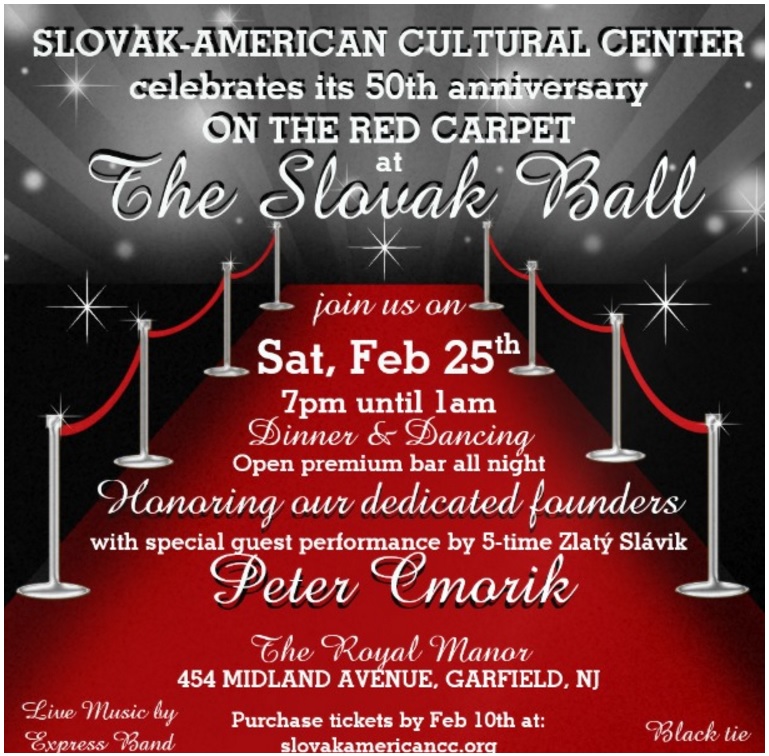 The Slovak-American Cultural Center (S-ACC) is a not-for-profit organization based in New York City. Our mission:

To preserve Slovak heritage in the United States for the Slovak- American community.

To promote Slovak cultural, scientific, and athletic activities at home and abroad.

To familiarize the American public with Slovak culture, history, and current events in Slovak life.

To publicly recognize and promote the achievements of Slovak-Americans in the United States and abroad.

More About Us
Slovak Culture. Slovak Heritage. Stay Connected.
We are now on Facebook.
Slovak Ball 2017

24th Annual Slovak Ball will be held on

at the Royal Manor in Garfield, New Jersey