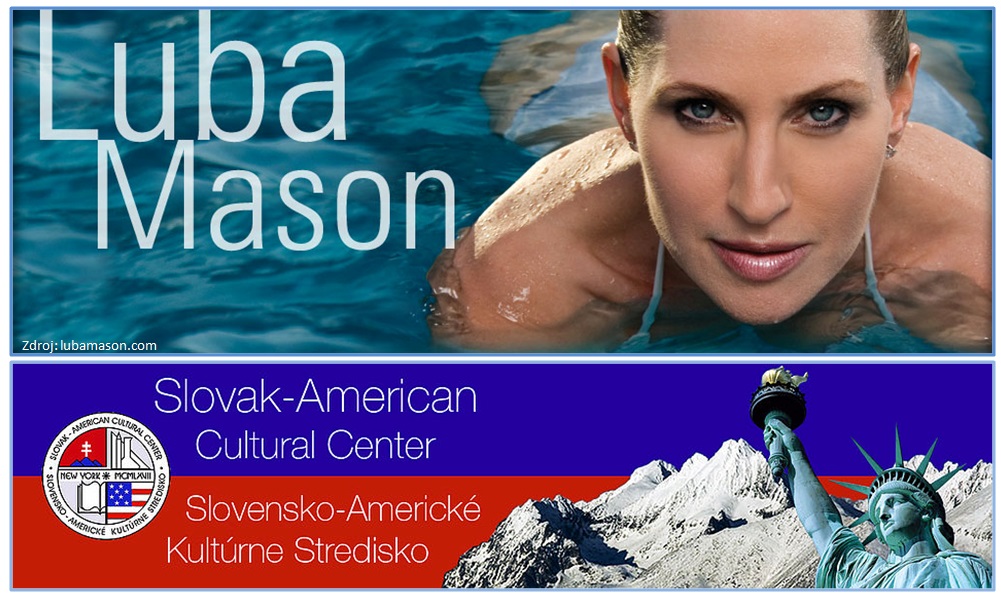 Slovak-American Cultural Center congratulates one of our own members, Ms. Luba Mason on the release of her long anticipated CD's Mixtura by Luba!
Luba is a first-generation American of Slovak descent actress, singer, songwriter and dancer and we are excited that the new CD includes her interpretation of "Materinská moja reč / Motherland", LUBA MASON Materinska Moja Rec/ Motherland . She will also be in Bratislava for this year's Jazz Days on Sunday, October 23rd, but those in the US can see her in NY on September 22nd.

Luba is also a great supporter of activities of our organization.
Congratulations Luba on your success!

Here are some reviews of her work:

* Huffington Post : "Luba Mason is a force of nature. From the moment she hits
the stage, you feel the pulse...hers and yours." ..."She goes deep and we want
to dive with her." - Nancy Cohen
* BistroAwards.com :..."her voice soared from smokey bassoon to blaring
soprano sax. She ended on a note that's heroin in your veins. It's addictive,
you are in it's thrall, ready for the next hit. This classically trained singer,
actress has charisma, stage presence and talent in spades...if there's
anything she can't do well, it's not on display in this show called MIXTURA." - Tonya Pinkins
* Times Square Chronicles : "Broadway and recording artist Luba Mason is
more than a singer, she is a song interpreter, who knows how to use those
vocal chops to seduce and bring you on whatever journey she wants you to
come along." - Suzanne Bowling
* Theater Pizzazz : "Tall, slender and self assured, Luba Mason radiated
warmth and enthusiasm for twisting familiar songs into new shapes in her
new show titled MIXTURA." - Joel Benjamin