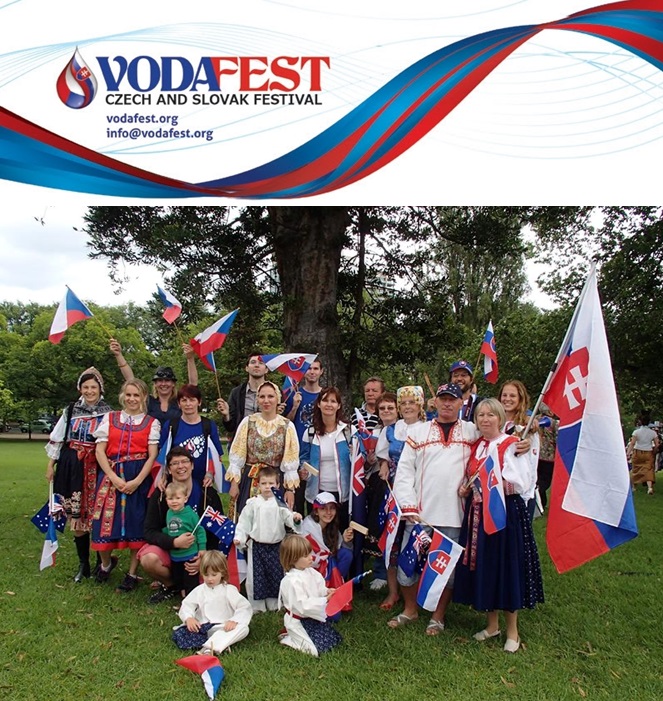 IMPORTANT NOTE: Due to increased security measures your RSVP is absolutely essential as only people on the list receive a special bracelet allowing them to participate in the Parade! Call Paula on 042 338 2051 to RSVP or for more info.

The Parade encourages Victorians to come together on Australia Day to celebrate and promote our rich culture and diverse community. It has been a feature of Melbourne’s Australia Day celebrations for the last 13 years and involves around 60 groups and approximately 4,000 participants. More than 12,000 people line Swanston Street to view the Parade.

We will march in two groups: 'Slovaks in Australia' and 'Czechs in Australia'. The Parade preparation starts at 10am and the actual Parade should start at 11am following the Australia Day Flag Raising Ceremony at the Melbourne Town Hall, and runs along Swanston Street.
For those who wish to dress into Czech and Slovak traditional costume, please book a costume immediately on 042 338 2051 (Paula). Children costumes are available too.

Dressed in a national costume or wearing a Czech or Slovak t-shirt (this is essential!), meet us at the corner of Bourke and Swanston Street at 10am where you can join your group (Slovaks in Australia or Czechs in Australia). Please note, only people who confirmed their attendance latest by 3pm on Monday 25 January will be able to participate in the Parade. Small refreshments provided at the conclusion of the Parade.